Android is a mobile operating system based on modified version of Linux Kernel. Android is most popular and user-friendly operating system for mobile users. Android is basically designed for touchscreen smartphones and tablets. Android had started it’s journey in September 2008 with Android 1.0 which was also known as Alpha. 10 android started updating OS by the names based on Desserts and Alphabets. Up to Android 9.0 Pie, all the names were derived from the names of a dessert.

Last year Google had introduced Android Q at it’s annual Google I/O conference held in May 2019. Android version naming system on the basis of desert had started from Cupcake and finally it ends on Android 9 Pie. Google has officially given the name of Android Q as Android 10. Android has 2.5 billions+ active users across the globe. Google said “This is the right time to make a Change” So decided to name the new version as Android 10.

Android 10 is a big update better in terms of Security, Design, Features and Performance. This time Google implemented the most awaited feature Dark Theme also in this update. As usual first of all this update had been given on pixel devices. Now the major smartphone giants working on update of the old smartphone and to regularise it for there new coming devices. It’s very exciting thing for me to know about Android 10. Here I am explaining some important features which was introduced in Android 10. So let’s get started.

Dark team is one of the most awaited feature in Android OS. Now its officially implemented in Android 10. Dark Theme helps you too save your Battery life of device and enhances it’s look too. Dark Theme not only saves your battery life but also good for your Eyes to remove strain. Now it’s limited with Google’s own apps like Gmail, Calendar, Google Chrome etc. I hope it will support all the apps very soon. Google has provided an Dark Theme API for Android Developers so that they can also implement it in their Android Application.

In Android 10 you can use this Smart Reply feature which was already introduced in Gmail. It is also available to use in third party app like WhatsApp & Facebook Messenger. Once you receive a message, Machine Learning Technology used in Android 10 recognise it and automatically suggest appropriate reply for that message. You just have to select them only. That means no need to type a reply. So you can reply quickly even without opening the app itself. This feature also support some specification like Opening Map if someone sent you an address or opening Calendar app if date recognised.

How nice it is if you are watching a Movie and captions will start showing automatically. Yes now it’s possible in Android 10. It’s an amazing feature which detects speech with the help of device Machine Learning Technology. It will detects the Speech even without having internet or wifi connectivity on your device. You can also drag and drop the Textbox on the screen. It will help you in case you are at noisy place and can’t listen what’s going on in the movie. You can even use this feature in your own recorded videos.

Google already released Digital Welbing & Parental Control features in previous version of Android. This time Google included “Google Family Link” app by default in Android 10. With the help of this feature, You can track Daily phone usage along with you can control the usage of particular app on device. Which may keep you away from addiction. This is very useful feature for those people who were already addicted to apps like Games. This Family Link app comes with some important features for Parental Control like they can manage the apps on the child’s phone. Parents can have control over the device so that they can set a Screen On Time for usage on the device. They can remotely lock the device too whenever it’s time to take a break. In this app parents can also track location of the device which may help in the safety of the child and easiest way to keep stay connected with our loves ones.

This allows you to pause some of apps & their notifications temporary which may disturb in your important tasks. When we are doing any important work and suddenly notification comes to your phone, we keep the work aside to check that notification. I am sure that it’s happened with almost everyone. To avoid this type of distraction in your work time or study time, Just turn on the Focus Mode and focus on what’s more important.

Every update from Google makes your device more secure and protects it from Malware, Virus attacks. Before Android 10, users have to depend on manufacturers for security patches and most of them were failed to deliver it on regular basis. Now Google has decided to make this process more faster through new way of sending update through Google Play Store. So that everyone can easily download it. Apart from this Google improved location controls and reminders in this update. It will remind you with the notification if any application is accessing your location data all the time. It also comes with emergency location service to which let’s the user to send the locations directly from the phone to emergency services when an emergency call is placed.

Team Android work hard to make the Android experience easy to use and more convenient as per user need. This time we’re also getting some major changes which makes our overall experience more User-friendly. Android 10 introduce more comprehensive gesture navigations. It comes with new ways to navigate your phone even without using any buttons. Easily navigate by tab and swipes to switch between apps. Going back and home is now more easier. Imagine that you have removed an application accidentally and it can be restore again. Yes. You can undo the deletion of app by floating undo option. Talking about notifications, this time Team Android made a big change in app notifications. You have better control over it. When you long press an notification, two options are given like Alerting & Silent. If you select Silent option, all the notification from that app won’t make a sound and vibration. If you select Alerting, App will make sound & vibrates for each new notification. We already have some of features too like Notification Snoozing & Disabling notification feature. You can see the re-organised navigation bar & sharing bar too also.

So are you waiting for this update? Or Already using it. Don’t forget to write your Android 10 experience with us in the comments section. 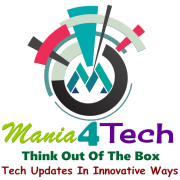 Nazarahmed Khan is a passionate blogger by heart. He is a crazy fan of Google. He had completed B.Sc-Electronics and he likes to learn new things everyday. He had been a hobby of Googling ie. Google Search. He was very new to the Digital World. He spent hours in Internet Cafe to search new things on Google Daily. This thing made him a Blogger. He have 10 years of experience in Blogging Industry. Blogging is not a just hobby for him but an Inspiration, Passion, Direction To Success & Reason to Live.

How To Reset Android Smartphone

Any cookies that may not be particularly necessary for the website to function and is used specifically to collect user personal data via analytics, ads, other embedded contents are termed as non-necessary cookies. It is mandatory to procure user consent prior to running these cookies on your website.